The two day event saw very mixed conditions with the first day being almost a wash out with only two of the scheduled three rounds of qualifying being run on Saturday. This left the bulk of the event to become an almost one meeting with three rounds  of qualifying and three finals being held on Sunday

Harper took all three rounds of qualifying and then all three legs of the A final, finishing second was Paul Pinkney getting his best result of the season, third was Chris Grainger for Associated

In the 13.5 stock class it was another win and TQ for the X-ray of Zak Finlay, this result capped a great season for Finlay who won all five rounds of the series, finishing second in the final round was James Hart ahead of Chris Gunter. 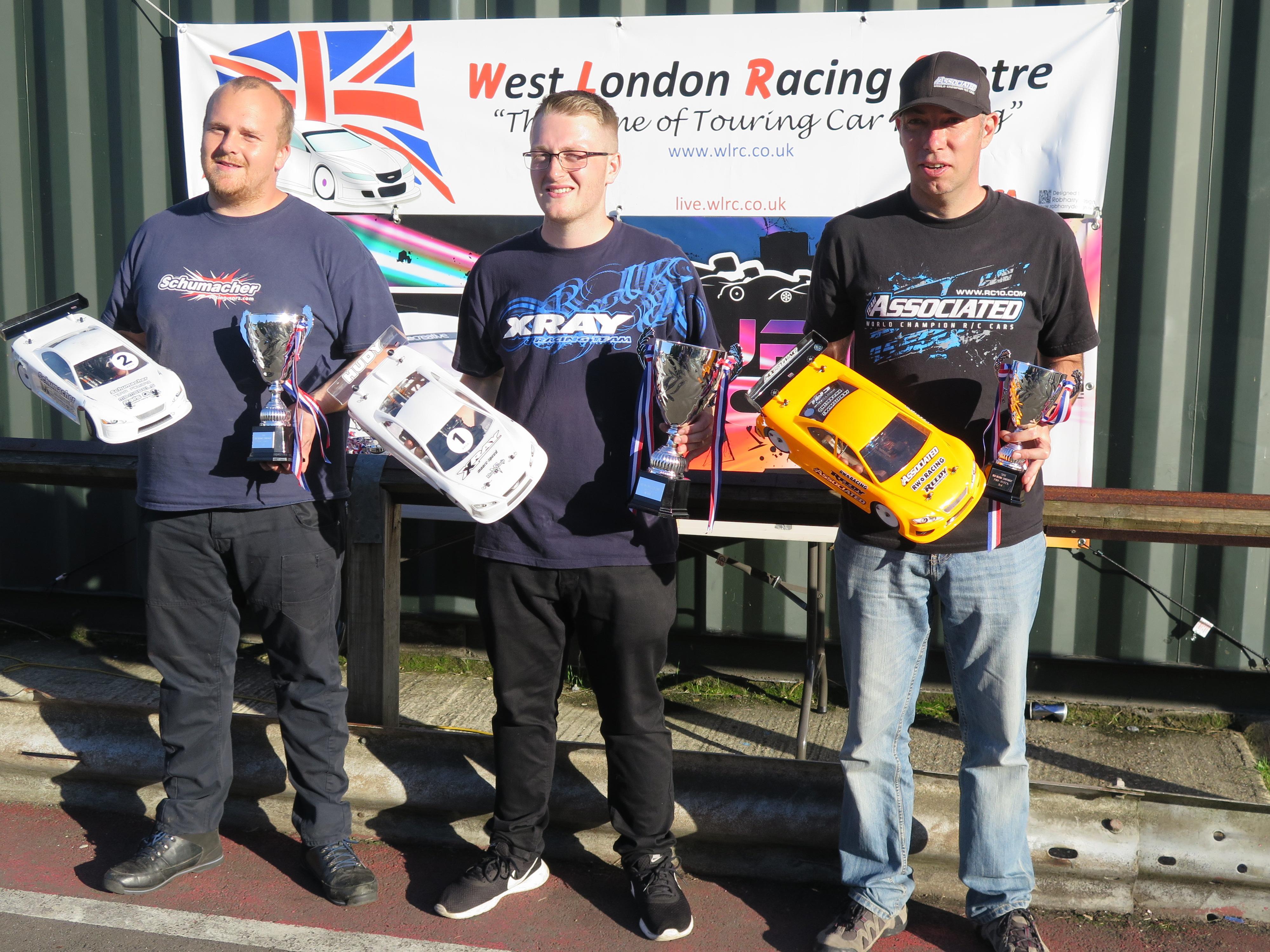 In the overall championship it was a win for Chris Grainger who adds yet another UK national title to his trophy cabinet, Harper's win jumped him up the order and by virtue of winning a tie break he finished second ahead of Olly Jefferies.

In the stock class James Hart finished second behind Zak Finlay in the series once again but its noticeable that over the course the season Hart noticeably closed the gap to Finlay, Mark Wallace completed the stock podium taking third in the stock championship.