The 2015/16 1/12th National series went to MB Models in Leeds for the final meeting of the season. MB Models is a newly built permanent race venue run my Michael Ball.

Unfortunately, I was not able to attend the Saturday so here are the results.

13.5 Stock Qualifying - Matt Lax takes TQ by a small margin of 0.254 seconds from Ollie Payne who is looking to take the championship title. He is second the championship going into the final round with Mark Jewitt second. Jewitt can only manage fourth in qualifying. Aidan Ripley takes the third spot on the grid.

A Final – Matt Lax would talk the win with another small margin of 0.22 seconds from Ollie Payne. Mark Jewitt could only manage third. That meant that Payne would take the 13.5 Stock national championship by a single point from Jewitt.

10.5 Stock Qualifying – Olly Jefferies would take FTD by a healthy margin to David Spashett and Chris Kerswell. Mark stiles, second I the championship going into the meeting could only manage seventh on the grid.

A Final – Jefferies would take the win from Spashett and Catchpole. Stile could only manage fifth. Olly Jefferies would be crowned 10.5 Stock national champion after winning all three of the round that he attended.

Sport Modified Qualifying – Ollie Payne topped the tables with a health margin of over 3.9 seconds to Darren Lee. Tim Wood would take the third spot. Entering the meeting, Wood is at the top of the championship tables with Payne close behind. Payne would have to win with Wood lower than second in order for Payne to take the title cleanly without tie breakers. If Payne wins, and Wood takes second, it will go to a tie breaker.

E Final – 11 cars start. Andrew Hicklin takes pole from Mark Passingham and Russ Giles. A clean start for the majority of the field. Hicklin and Passingham make a break and immediately battle for the first position. The two swap several times. Passingham makes a mistake and drops back into the sight of Giles. Hayley Barker pushes hard and makes it up to second position, Hicklin drops back. Hicklin and Giles battle briefly before the final buzzer. Hicklin takes the win from Baker and Passingham.

D Final – Peter Winton takes pole from Kenneth Rogers and Alan Leighton. After a very messy start, the field spread out. Rodgers, Winton and Simon Hadley start battling. Rodgers has some problems and drops to sixth. Joshua Coult pushes hard and makes his way up to third. Coult puts the pressure on the drivers ahead and pushes up to first. Coult makes up a healthy gap to Hadley. A mistake causes Hadley to drop to third and Rogers is promoted to second. Rogers puts his finger to the plastic and eats up the lead that Coult had over him. Rogers makes it past Coult and so does Hadley. Rogers takes the win from Hadley and Coult.

C Final – Gavin Clinch takes pole from Mark Payne and Elliott Cummings. The start is very close, thankfully with only little contact. Clinch, Payne and James Stewart battle for the first position. The pack spreads out. Cummings has a rough start and attempts to push back thorough the field. Stewart has issues and drops back, promoting Cummings back into third. Cinch and Payne fight to the line. Clinch wins from Payne and Cummings.

B Final – Peter Craig sits on pole from Nigel Hale and Andrew Edwards. A very clean start, a few position changes. Craig, Hale and Edwards battle for first. Craig defends as the top three break away from the rest of the pack. After a mix-up of the field and some marshal acrobatics, Craig retires allowing Aaron Morley up to third. Edwards winds from Hale and Morley.

A Final – Ollie Payne from Darren Lee and Tim Wood. The championship is yet to be decided. A very scattered start with a few flying cars. Payne leads from Matt Lax and Aidan Ripley. Mick Farrell moves himself up to 3rd. Payne and Ripley battle for the lead. Lee pulls off with issues and is out. Ripley pushes to catch Payne for first. Wood currently in 6th has to push through the field to put the pressure on Payne for the championship. Ripley falls through the pack leaving Mick Farrell the put the pressure on Payne. Wood meanwhile charges through the field and makes it past Farrell, Wood in second behind Ripley. Kieren Manders follows behind Wood and goes into third place. Ripley would retain his lead from Wood and Manders. For the championship, Payne and Wood are tied on points even after a count back so it falls to qualifying positions from previous rounds. Payne would win the championship by one single qualifying position from previous rounds. An amazingly close finish for the championship.

A Final – Before the start of the race, Jefferies struck problems and only just made it to the grid in time. A mostly clean start with only a few incidents. Hagberg and Jefferies pull away from the rest of the pack. Hagberg also pulls a lead over Jefferies. Jefferies hits problems and is forced to retire. That would mean that David Spashett just had to finish to be crowned champion. Hagberg pull a huge lead and lapped the entire field. Hagberg wins from Catchpole and Kerswell. David Spashett would be crowned champion of the Open Modified class for 2015/16 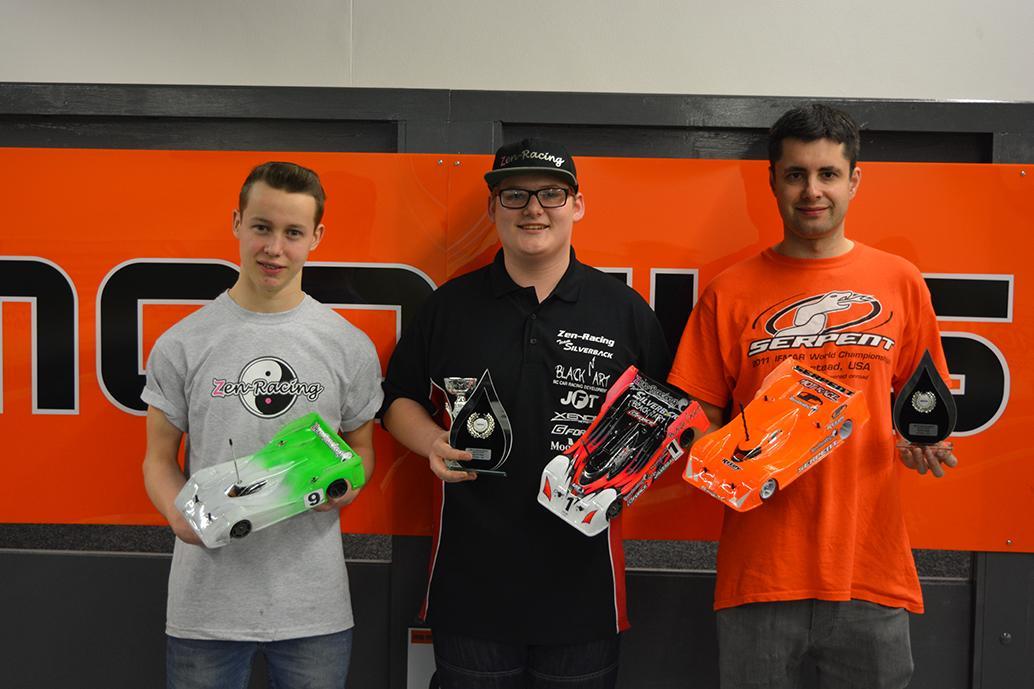 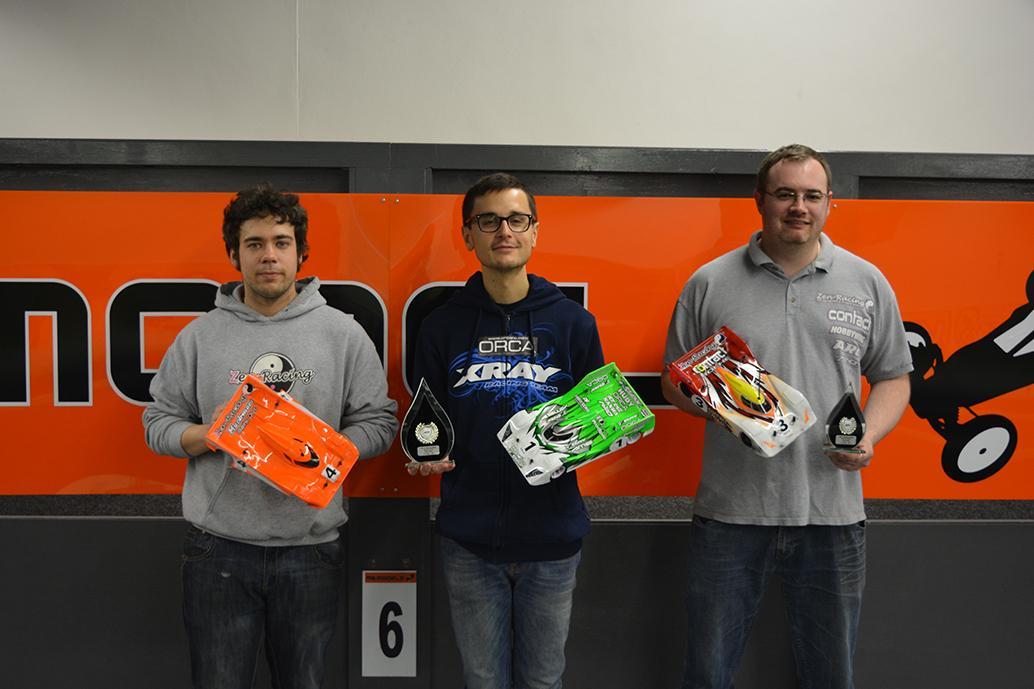 So, that is the season over for the 1/12th section. Thank you to everyone at MB Models for putting on another amazing event. We hope that the 2016/17 season produces more incredible race that has been seen this season. Congratulations to the champions for each class. We hope to see you next season!