The 3rd National of the 2021 season took place at the twisty Colchester circuit on the 17th and 18th July. As usual the local club presented a smart organised circuit and pit area . Blazing sunshine greeted the drivers on Saturday with a good entry.There was plenty of time for testing and set up throughout the day with both open and timed heats practice sessions. Nice also to see some new faces at a national meeting.

Sunday morning started out warmer that the  previous day with temperatures predicted to top 30 degrees !

In qualifying 200mm Touring young Thomas Gil was in the mix with James Conolly , Stefan Chodzynski and of course championship leader Alex Thurston. GT8 was topsy turvy each round between Glyn Beal, Adam Southgate and Mark Green. 220mm GT was very competitive with  several of the local drivers pushing Richard K with the top nine all on 16 laps.A special mention for  third fastest Daniel Chilvers returning to the sport after several years away. Welcome back !

At the end of qualifying the standings were as follows : 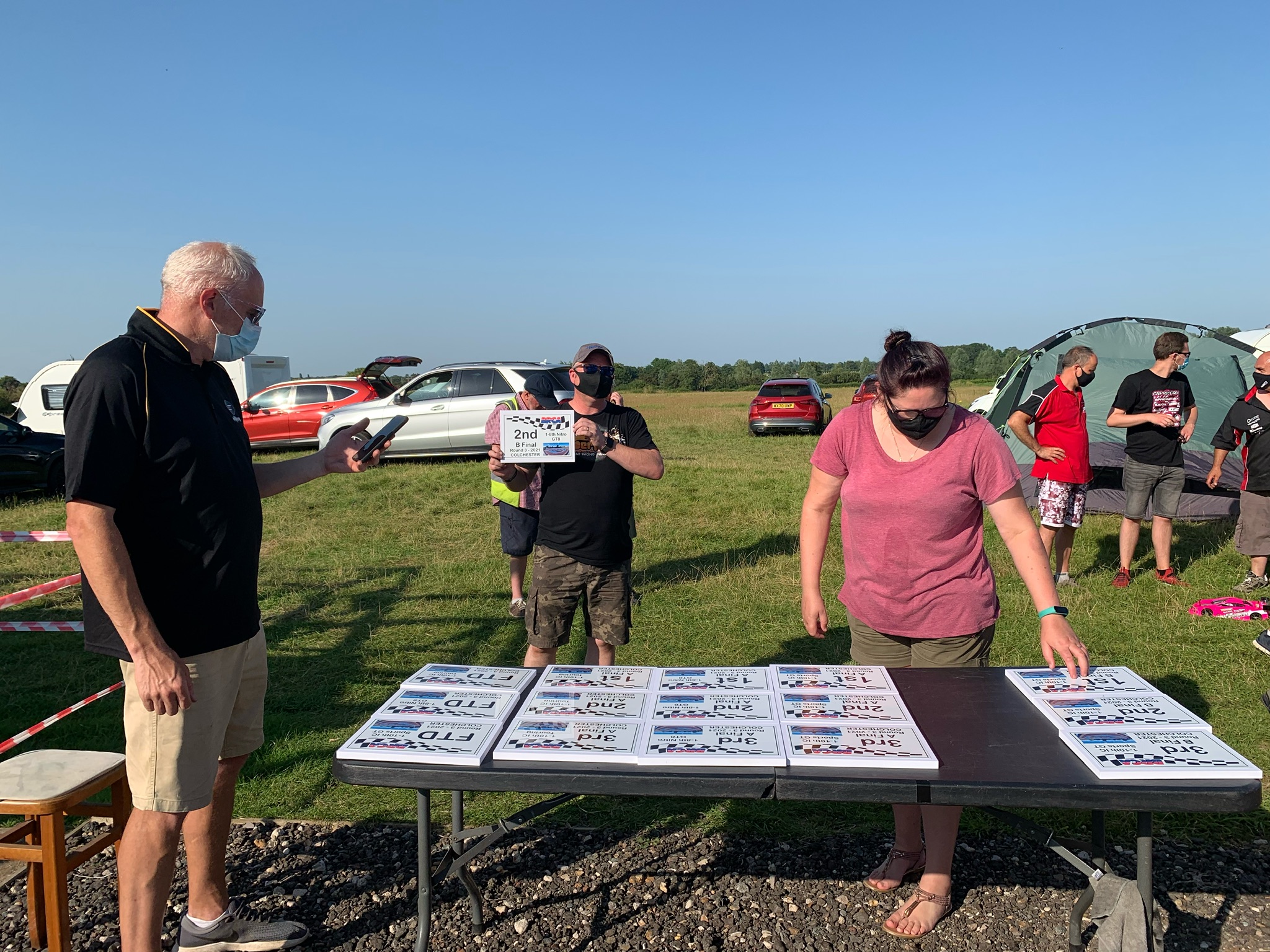 A close battle between Phil Edwards and Jim Beesley with Phil taking it by one lap with Aaron Russell in third. 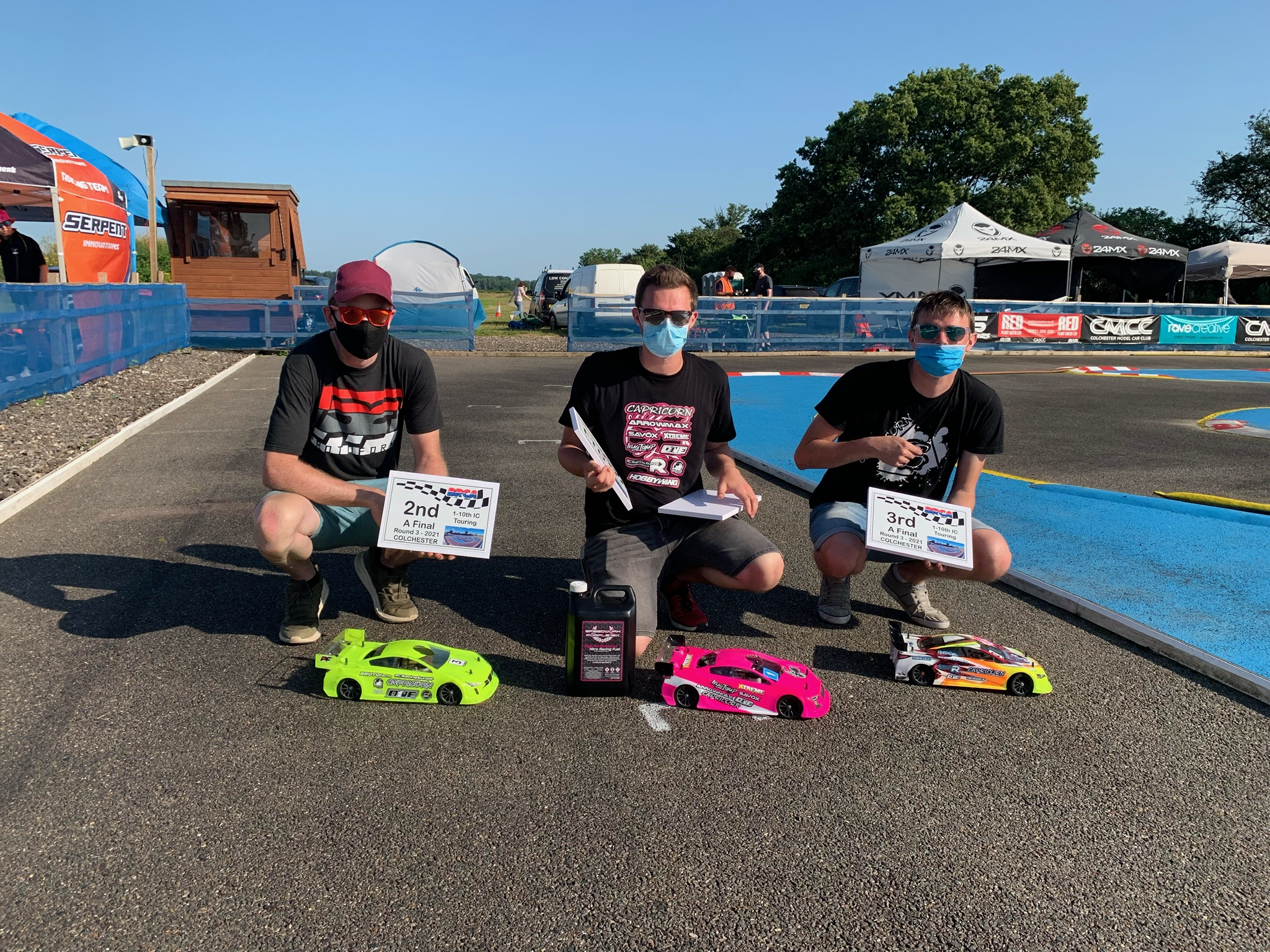 TQ Mark Green led from start to finish . Glyn Beal and Adam Southgate resumed their personal battle for second with Adam  coming through with a strong finish . 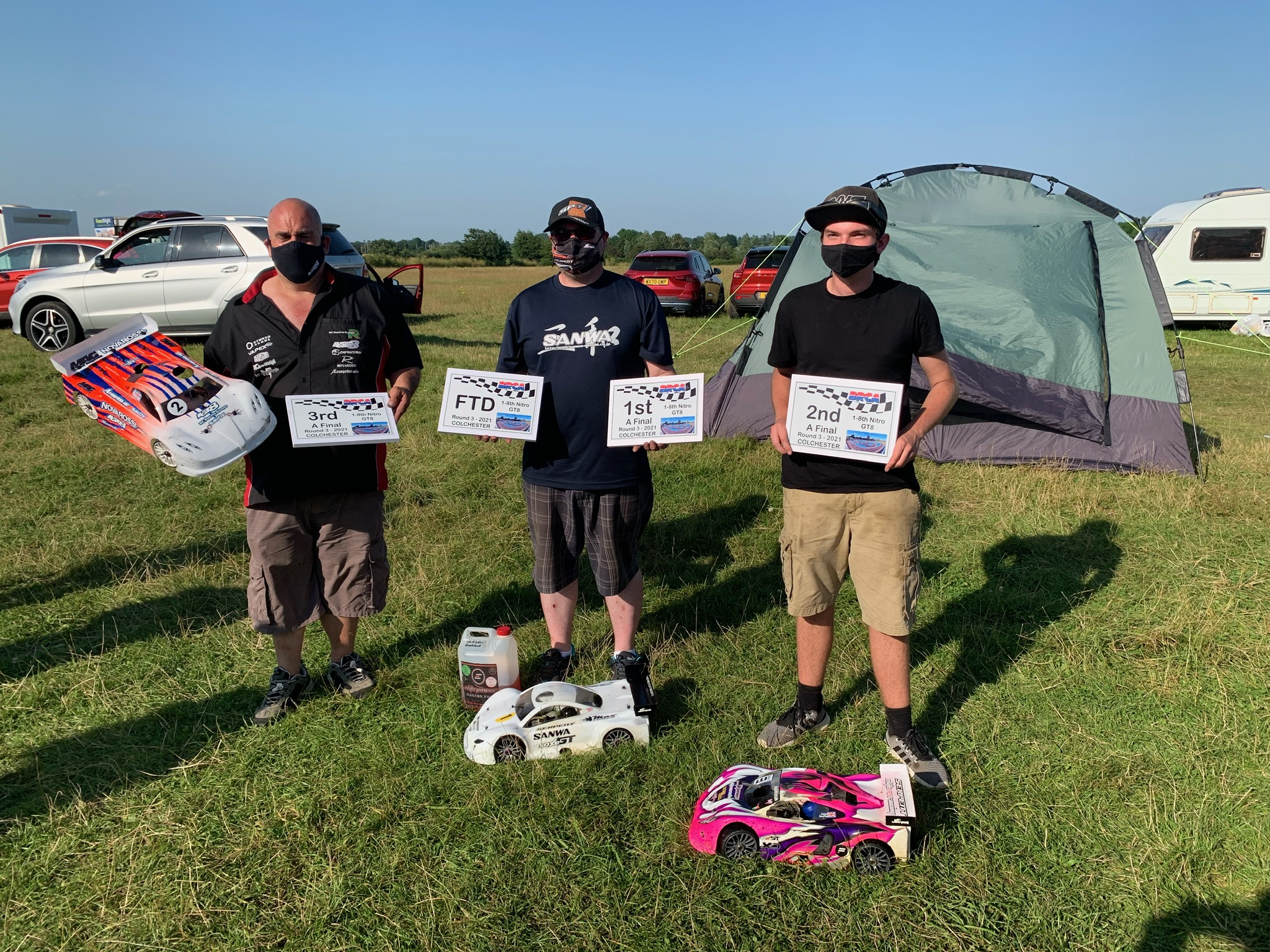 Very competitive from the beginning with Craig White, Byron Russell and Richard      K all leading at times. Craig had mechanical issues retiring with Richard K in the lead. Byron  took the lead when Richard’s rear belt failed. Local driver Jamie Goodall was chasing hard as was the consistent Richard Boult. Despite  a flame out Byron held on from Jamie with “Boulty” taking a hard earned podium finish. 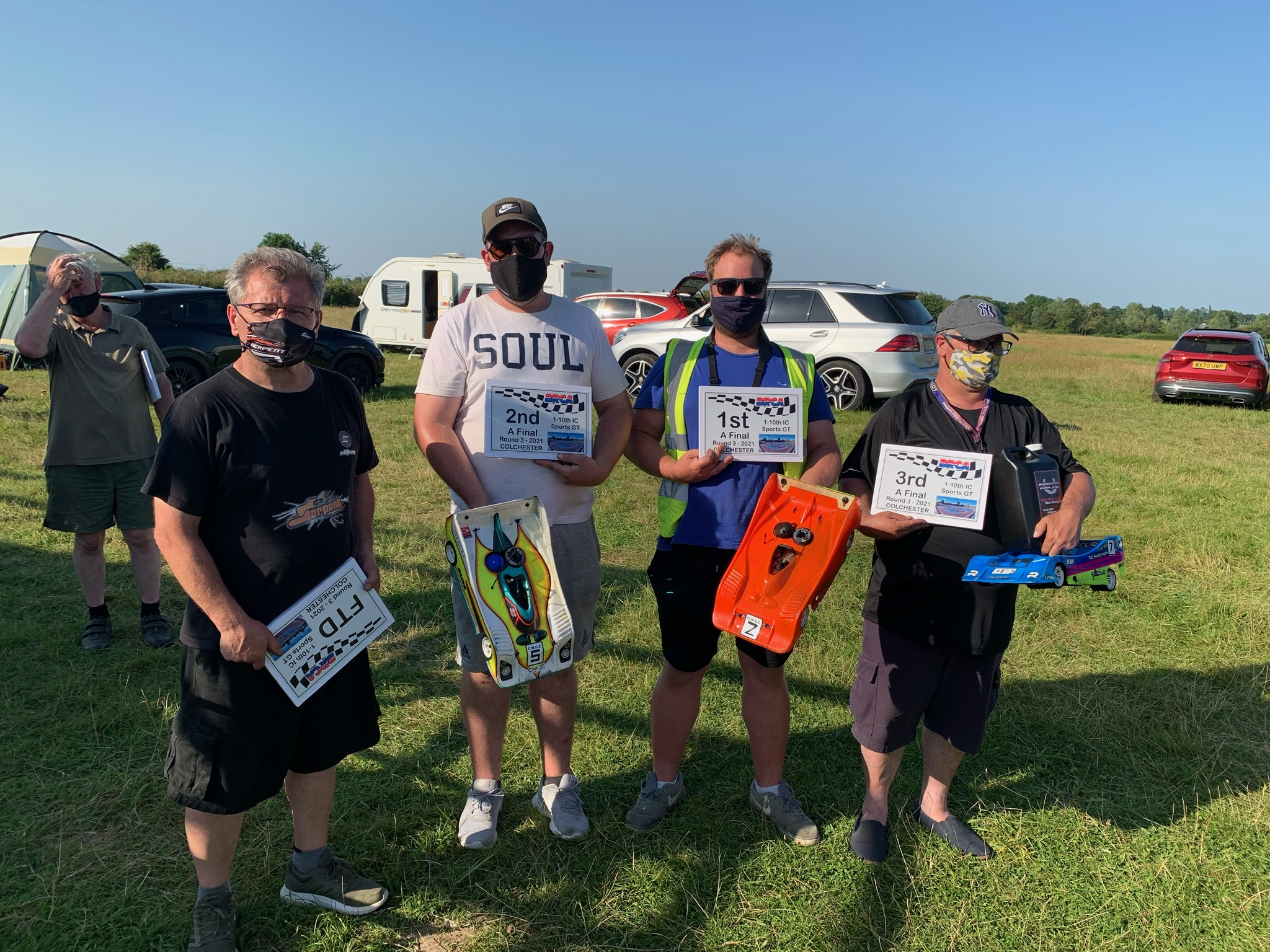 Another friendly enjoyable race meeting . Thanks to the Colchester Club for making everything run smoothly. The next round switches to the opposite end of the country in August at the ultra fast Mendip Raceway near Weston-Super-Mare.