The second round of this years series. And here is what happened!

Round 2 was held at the highly technical Cotswold circuit on the 22nd/23rd August.
The now usual safety measures were in place and racers arrived Saturday morning to a damp track first thing with much improved weather thereafter apart from the odd shower.
Practice was in heat order giving everyone a fair chance to set up and tune their cars ready for race day.Sunday morning was dry with a fair forecast later on.
A practice round was followed by 3 rounds of heats.
After round one TQs and top three were as follows:
GT8 Nitro.
1st Glyn Beal
2nd. Matt Baker
3rd. Dave Dixon
200mm GT
1st. Richard Kozakiewicz
2nd Mattheu Dambri
3rd. Kris Pryke
1st.Alex Thurston
2nd. Mark Green
3rd. James Conolly 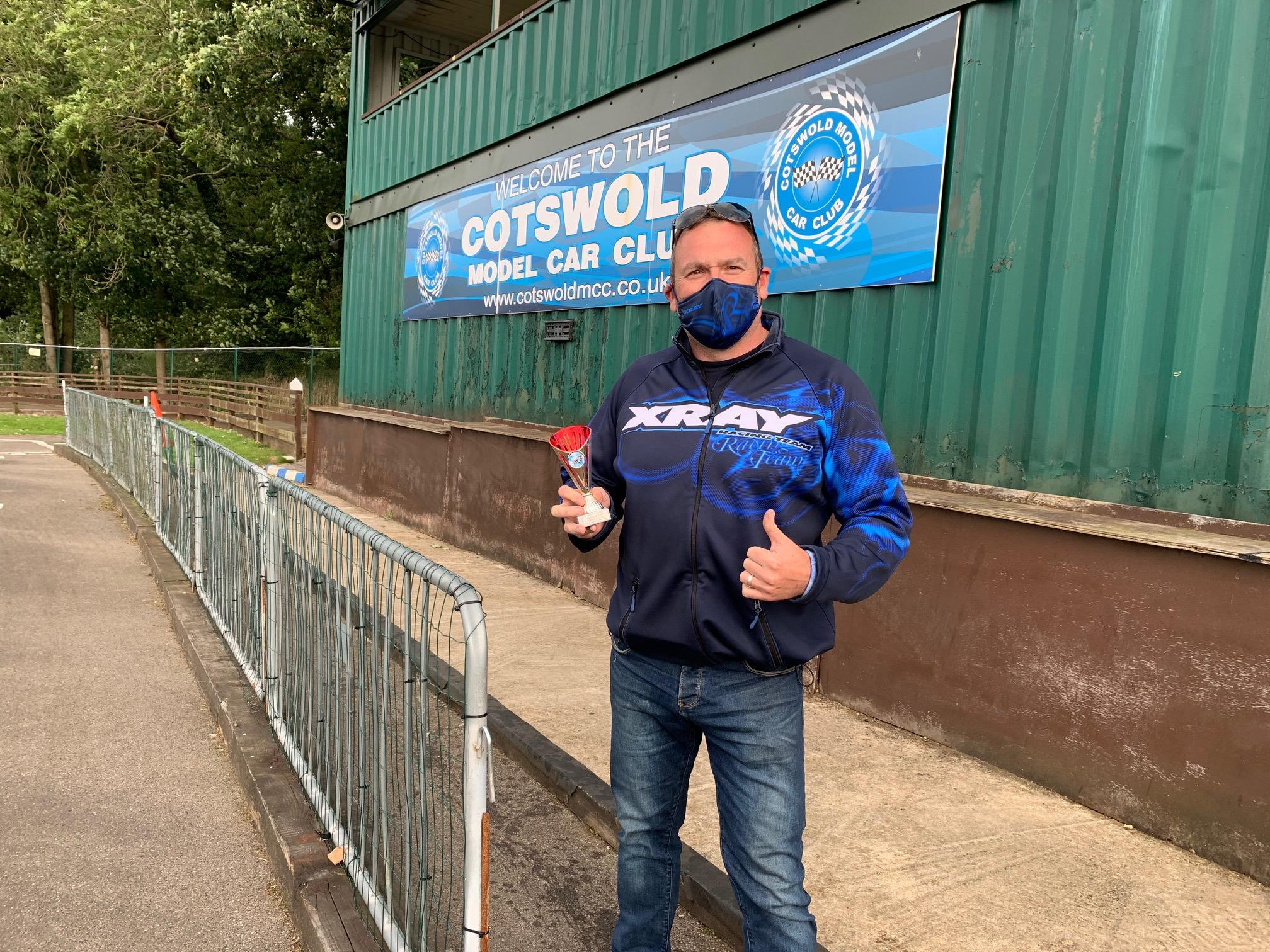 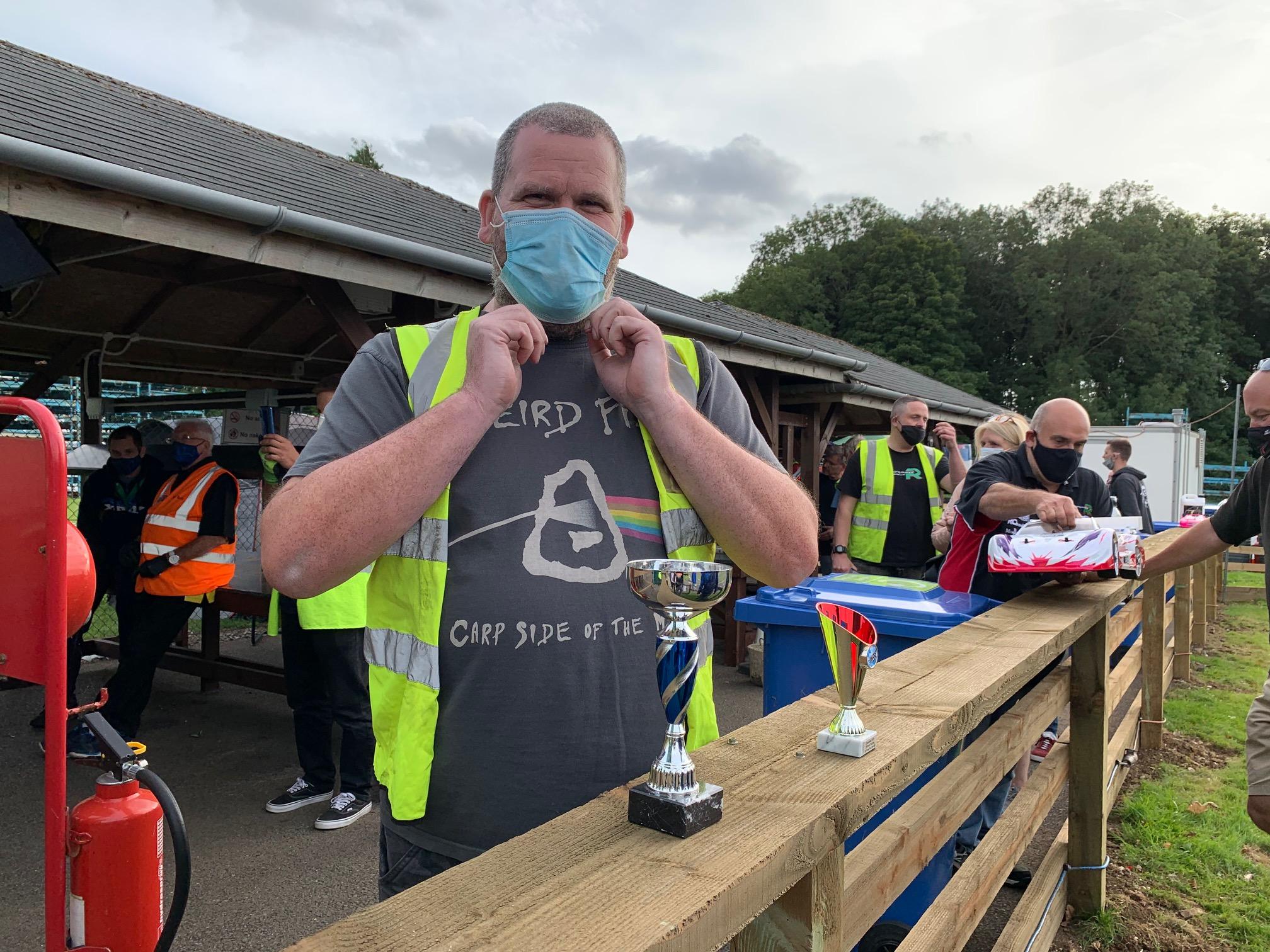 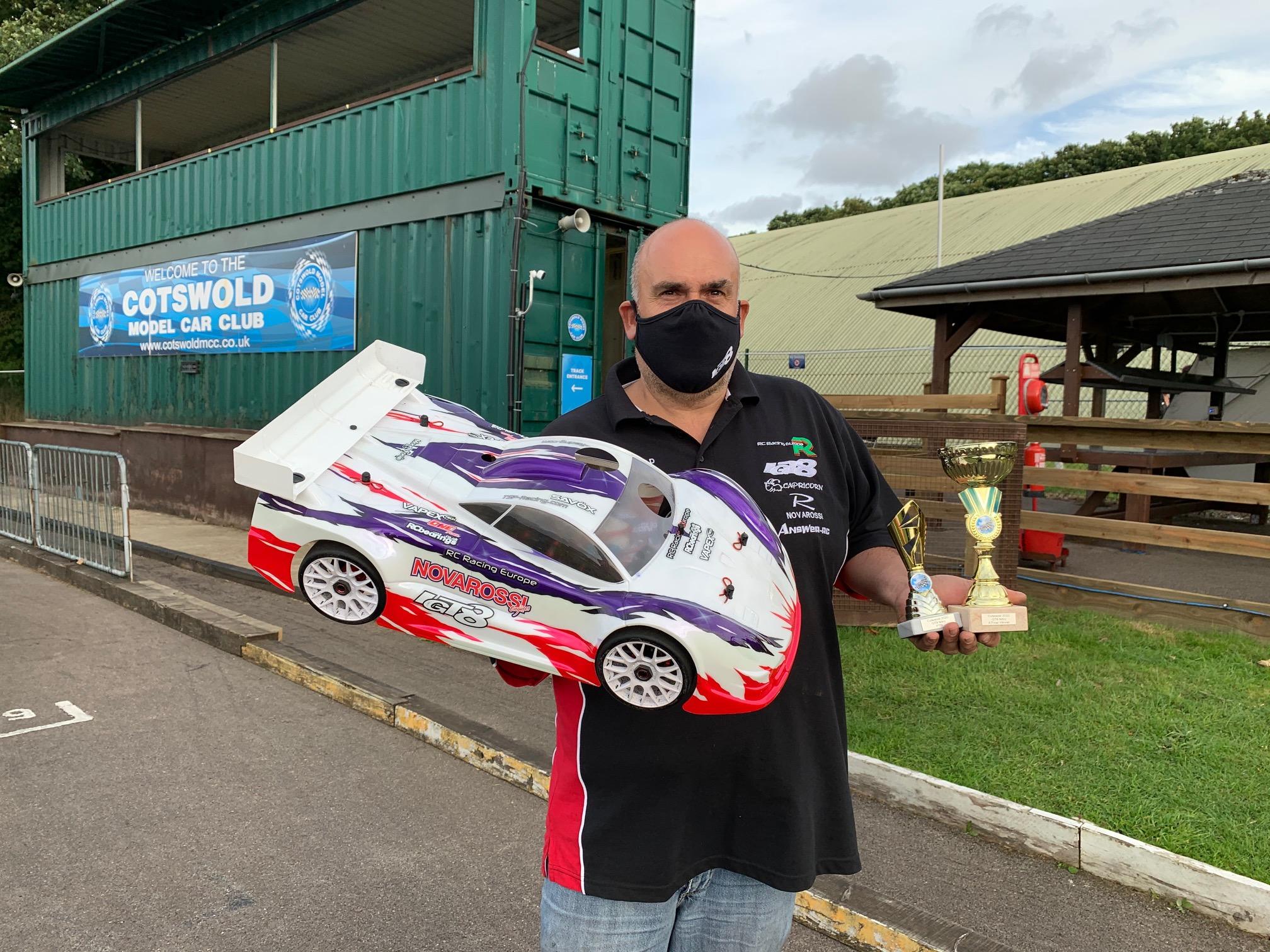 A Final 220mm GT
Qualification for this was very tight resulting in a close tussle.Rob Scott took an early lead with Richard K suffering early problems. Mattheu drove superbly and consis- tently along with a charging Jamie.
Sadly for Rob he suffered problems near the end dropping down the field with Jamie in second and Richard making up ground. In the end young Mattheu took a well deserved and first A Final win.
1st Mattheu Dambrine (Serpent)
2nd Jamie Paton (Capriorn)
3rd Richard Kozakiewicz.(Serpent)

Alex Thurston was closely pursued by Mark Green in the early laps before Mark had a problem forcing a spell in the pits.

James Conolly took over in second for most of the race until dropping down allowing Michael Lee to take the second spot with a charging Mark Green climbing back to the last podium place.

Alex continued hisremarkable unbeaten season to add the win to his FTD.

Successful weekend for the Colchester continent ! 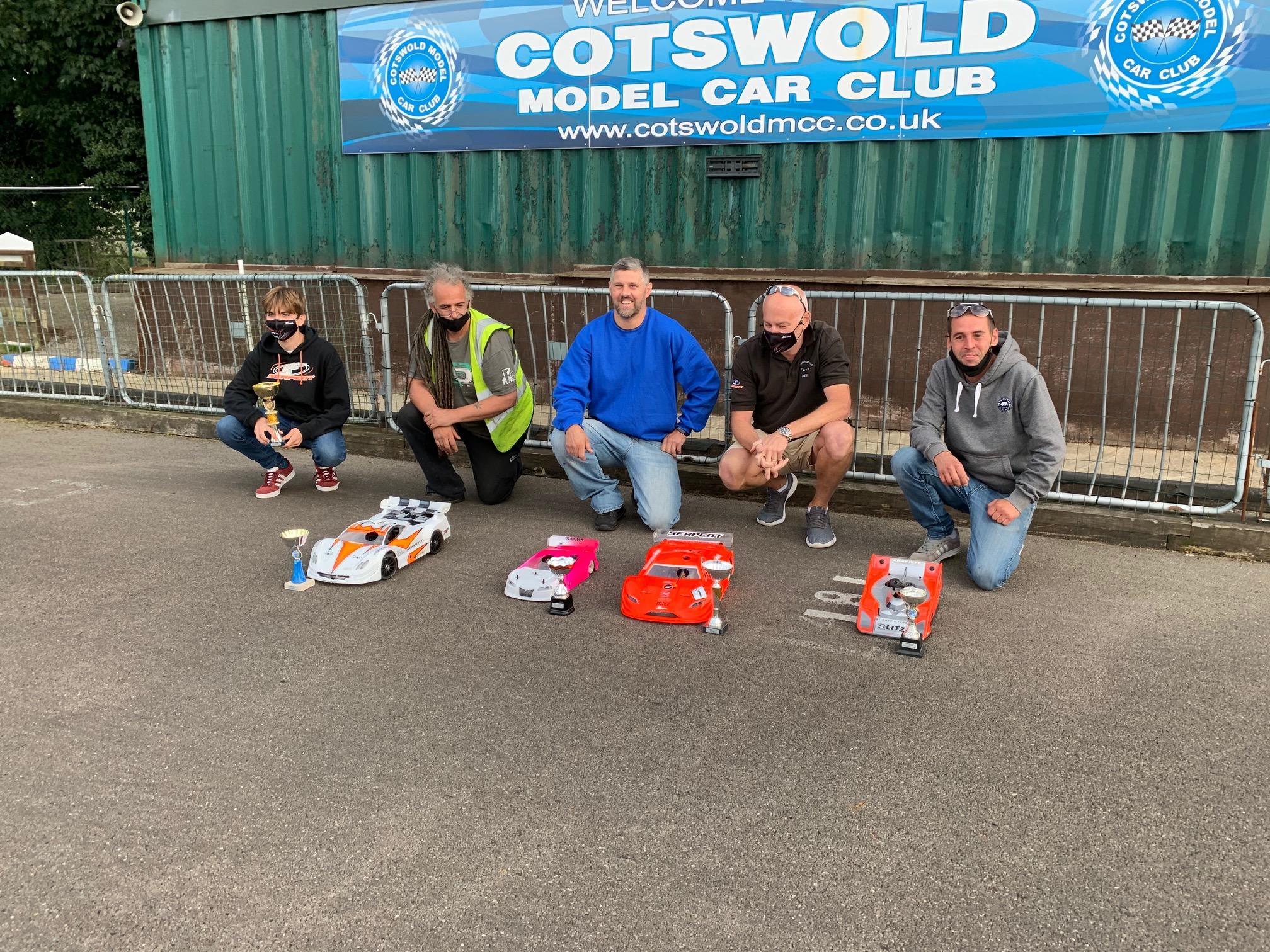