Regional racers rocked up to the second round at Risby.

The second round of the East Anglia GT12 Regional series was hosted by the West Suffolk Model Car Club (WSMCC) at their venue at The Village Hall, Risby nr. Bury St. Edmunds on Sunday 14th May 2017.

This round attracted 46 drivers of all abilities who pitted trackside, on the stage and in an adjacent room. The club chairman, David Studd (and a few of his dedicated regulars) laid an open but occasionally technical track on the Saturday night ready for the racers on the Sunday morning. The format on the day for each driver, was a practice heat, four qualifying heats and two leg finals.

The practice heats gave all the drivers a chance to familiarise themselves with the track and for the club to make some minor modifications to the layout.

Running race control and timing for this event was James Price from BEDSRCMCC. It was James' first time in this roll at a Regional event, although he runs race control at the Bedford club each week.

On to qualifying, and the drivers of all abilities were striving for a clean run and a fast time to secure a high qualifying position. Setting the pace at the top end were Ben Vincent, Owen Smith (Junior), Mathew Gammons and David Gale. Scott Morton qualified 4th from heat 6 just 1/10s behind David 'Windy' Gale. Ben and Owen both put in a fastest lap in qualifying of 9.62 in Round 3, with Ben also putting in the only 37 lap run in qualifying Round 4.

All the finals (A-H) were run over two legs with some great competitive racing throughout.

In the A final it was two straight start to pole finishes for Ben Vincent, with plenty of action going on behind him! This gave Ben 1st overall (2 points) from David in 2nd (5 points) and Mathew in 3rd (5 points). Scott finished 4th, Owen was 5th and Ben Elliot was 6th.

All the finals can be viewed at: Finals Videos

Full results are available at : Results 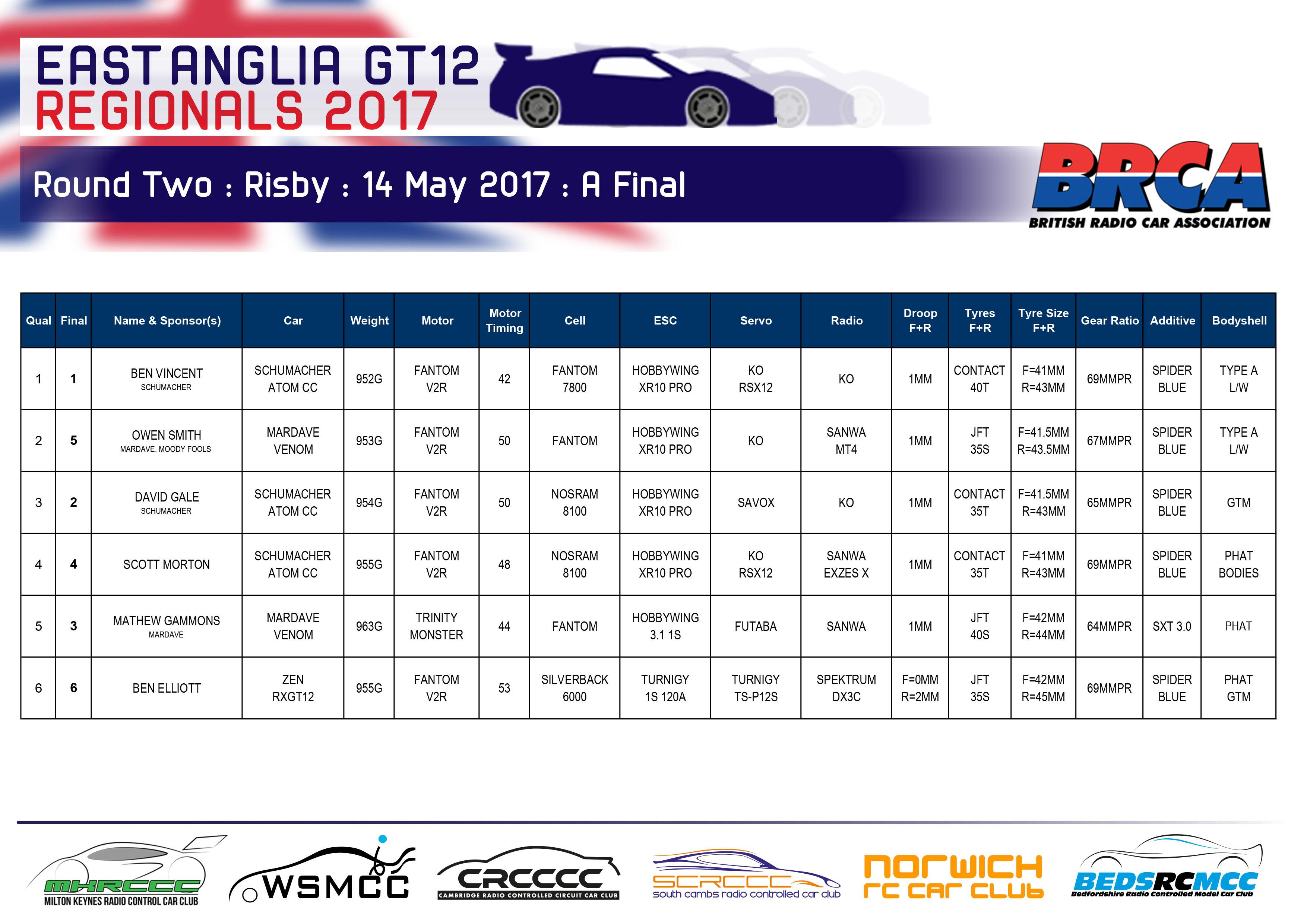 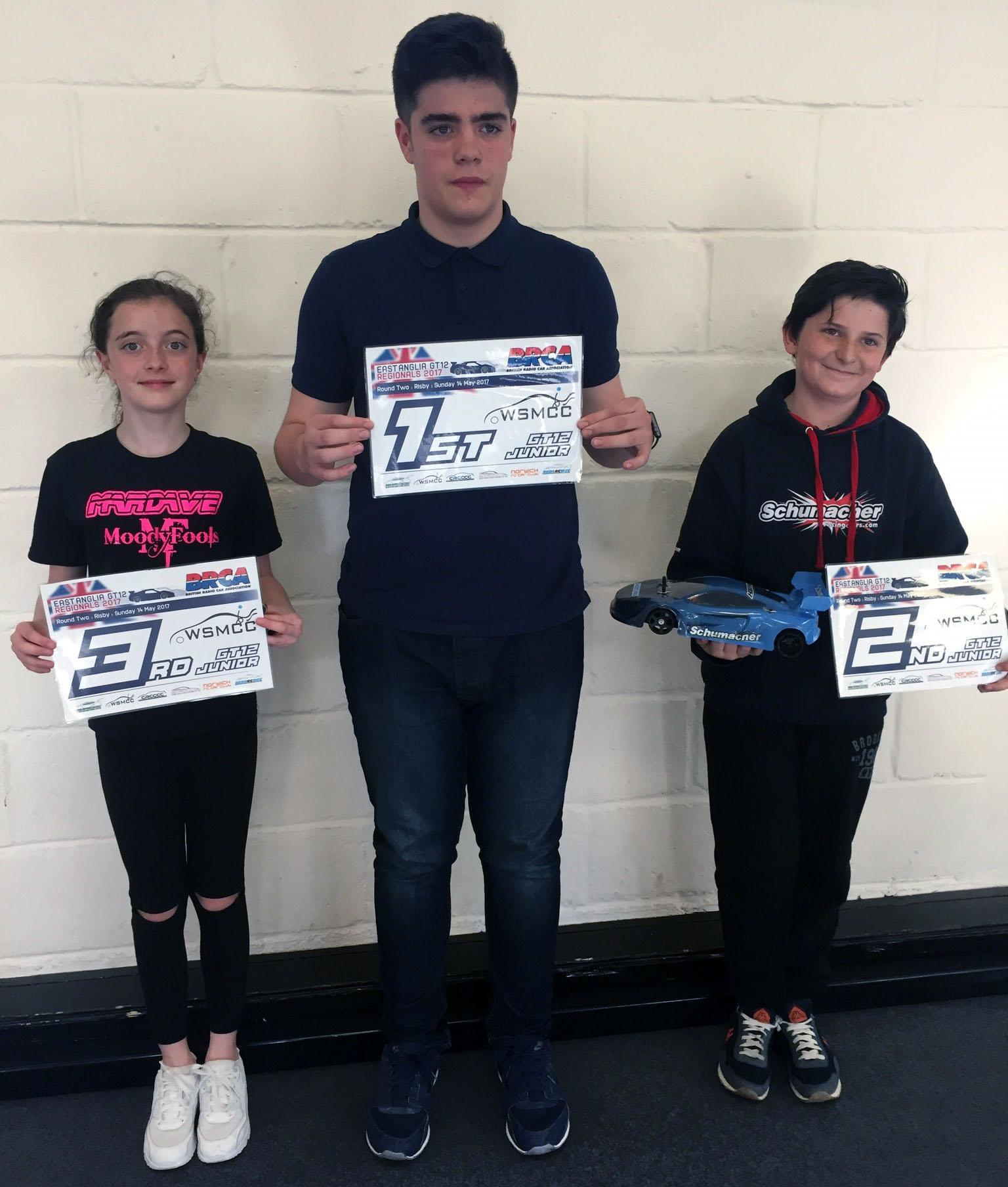 A superb second round of the series and many thanks to the West Suffolk Model Car Club and their members for a great days racing.

The third round of the six round series will be hosted by the Cambridge Radio Controlled Circuit Car Club on Sunday 25th June 2017 at the Community Centre in Milton, Cambridgeshire.

Please come and join us for this fun and competitive series.