Interesting day at Brookthorpe for the last time. Such a shame but a cracking turn out and some great racing. Click read more to find out more.

Well what can I say about this round. Long day but good day. Had a cracking day lots of drivers and plenty of competition.

We had 79 drivers attended the meeting. Two heats of Truggy and five heats of E-Buggy.

The day started with a round of timed practice. Some interesting lines from some people but some good laps going in early on. After that we ran straight into 4 rounds of qualifying. Lots of different battles going on throughout the day to get a good final position.

However after 4 rounds we saw;

Dylan Saunders take the TQ spot in Truggy, Mike Lewis second in Truggy. Jon Hazlewood take third place in Truggy. Well done to all drivers in the Truggy class. In the E-Buggy class we saw Graham Alsop take the TQ spot. William Skidmore took second overall and finially Tyler Liddle take third place overall, again well done to all drivers. Some very challenging conditions throughout the day. Espeically during the second round where the weather gods were horrible to us and rained on us. This made the track somewhat slippy, with many interesting lines going in after that. We've seen it all today. From crazy crashes to drivers getting to eager and going out a race to early.

After the heats were over we started the 7 finals. 2 Truggy and 5 E-Buggy, because of the numbers some of the E-Buggy finals had to run back to back which is something we try to avoid.

We started with the E-Buggy (E) final which was a 15 minute race where the top 4 would bump up into the next. Darren Hayden-Ball won this final with Nigel Applyby in second place. Dan Mustoe was third and finially Matthew Lowthian in forth place. These drivers went up into the following race being the E-Buggy (D) Final. Young driver and all round sound dude Ashley Patterson took the win in this race with Darren Hayden-Ball in second place. Holger Lykke third place, and Zak Edwards in forth place. These drivers were also promoted to the next E-Buggy final. 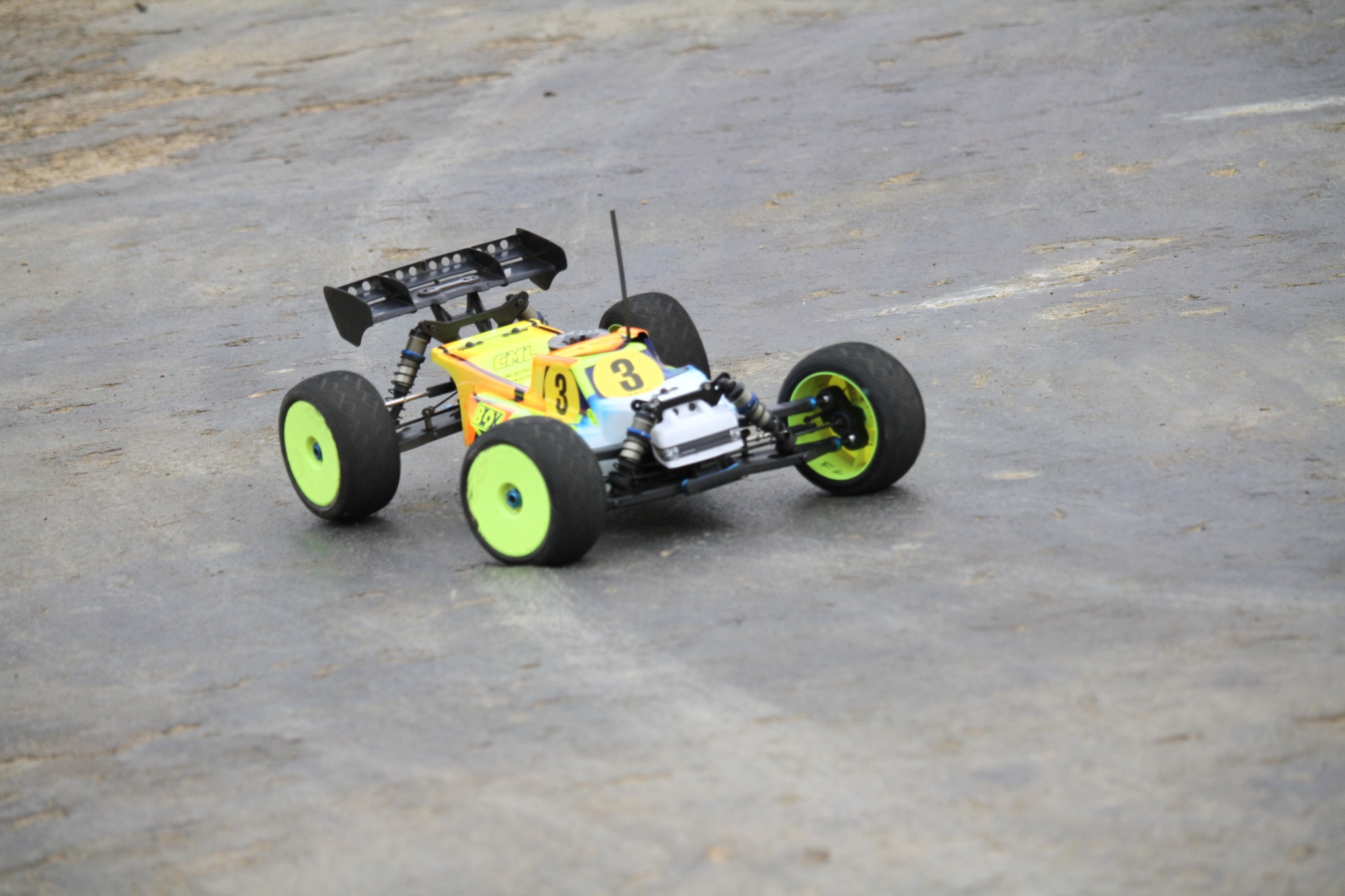 Out next was the Truggy B Final. This was an 18 minute race with 10 drivers. Michael Shorey took the win in this race with Luke Bennett in second place. Andy Beaumont took third place and Brynn Hall forth place. Well done to all drivers in this race. Some tricky conditions as a small amount of rain fell. 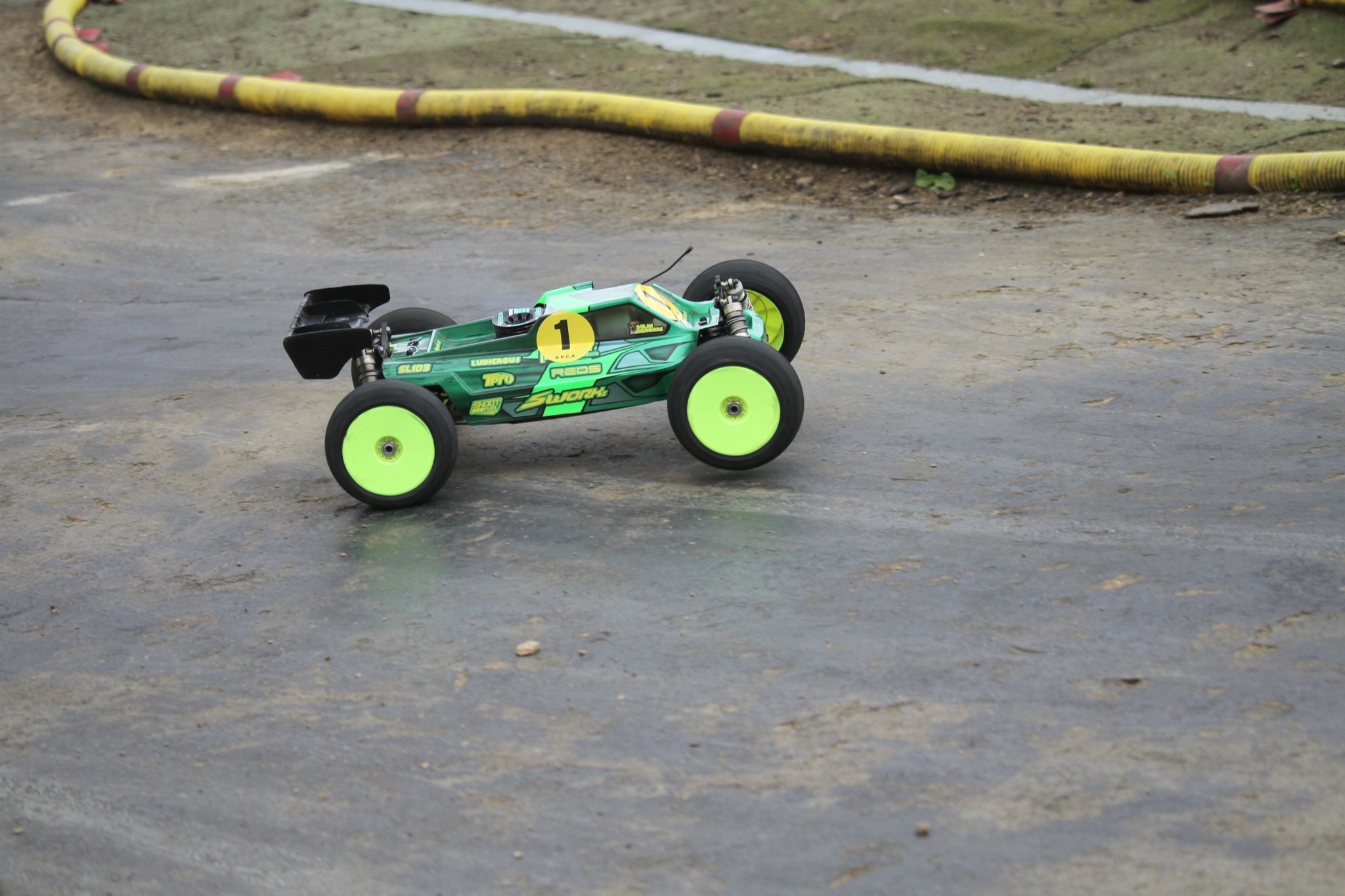 E-Buggy's were out after the Truggy's, this time it was time for the (C) Final, Darren Hayden-Ball won this was as well with Billy Grindley in second place. Darren Wilby in third place and finially Paul Tapsel in forth place. As the finals before these drivers were promoted to the next final up being the (B) final. The B Final was hard work, some really fast driving and some close battles. Sadly there were issues with the timing in this race so the decision was made to bump up 5 drivers into the (A) final rather than 4. These were; Darren Hayden-Ball, Ewan Tumilty, Chris Sharpe-Simkiss, Daniel Thorne and Jonathan Skidmore.

After that chaos of that we started the (A) Final Truggy. This race lastest for 30 minutes and consisted of 14 cars. Close racing throughout and me doing my best to ref the race which isn't easy when you're at the lower end of the track and struggle to see all the track but we got through it. In the end Mike Lewis took the win with Dylan Saunders in second place, closly followed by Jon Hazlewood and finished off with Chris Sharpe-Simkiss in forth place. Well done to all drivers in this long main final. 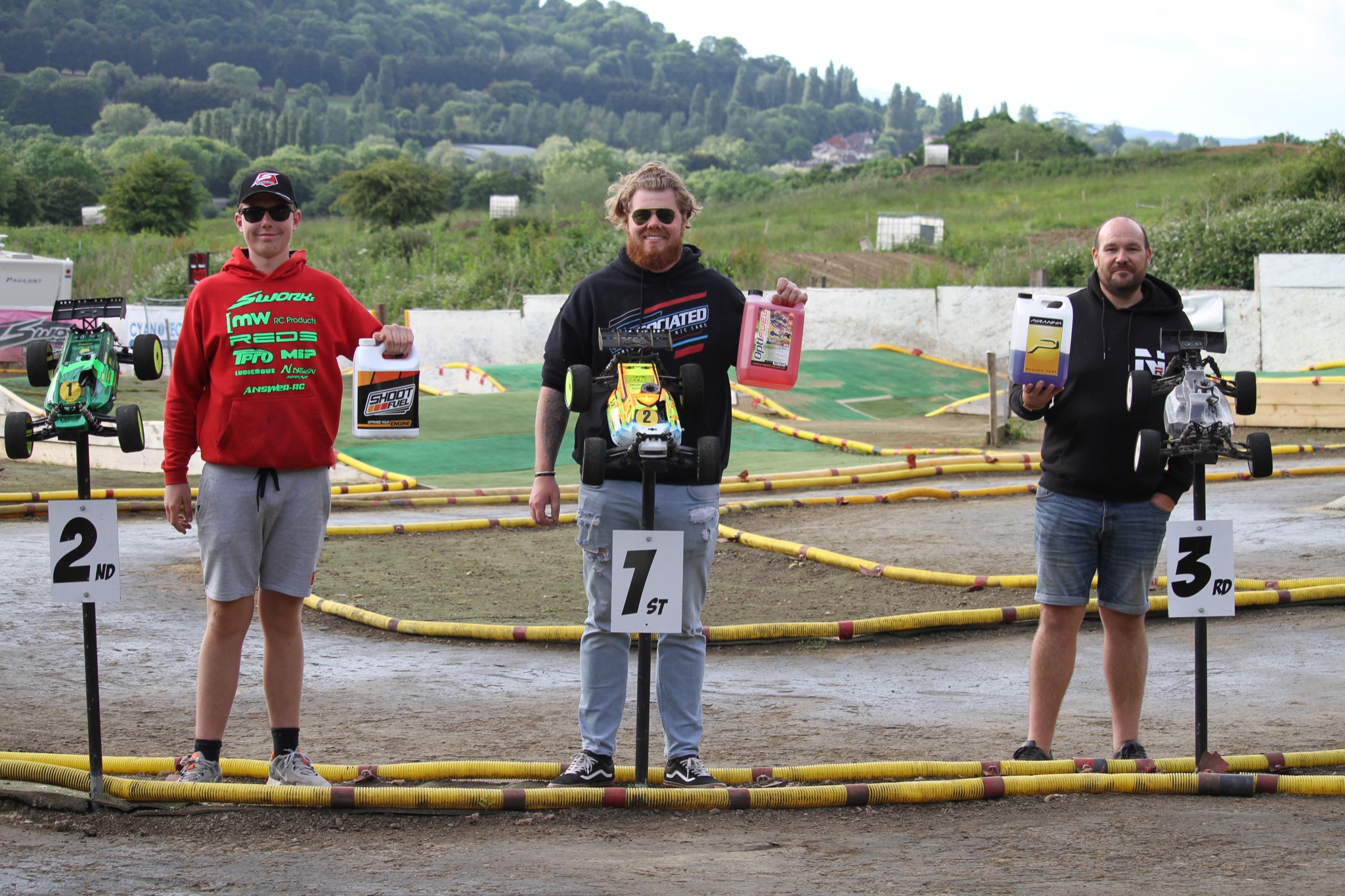 The last of the finals followed. E-Buggy (A) Final. This race was alsoo 15 minutes in length. Close racing yet again which we expect to see from the two Skidmore brothers who took the top 2 spots in this race, (Jonathan Skidmore and William Skidmore) Mitch Booth took third place and finally Graham Alsop took forth place.

I would like to thank everyone for attending the meeting today. It did run a little later than expected but it wasn't too late. Massive thanks to Chris Lovell, Dave Mayne and the rest of the team at Brookthorpe for giving us another great track for us to race on and I believe i can speak for many racers out there. Its going to be sad to see this amazing club and venue go.

Big thanks to the lovely couple with the catering van. Really nice food! 5 Stars :)

All the photos are on the sections Facebook page and the results are up on the BRCA Website.

Thanks too all drivers for attending as well and for the new drivers to the series, well done for picking up the format as quickly as you did!

We shall see you next time.